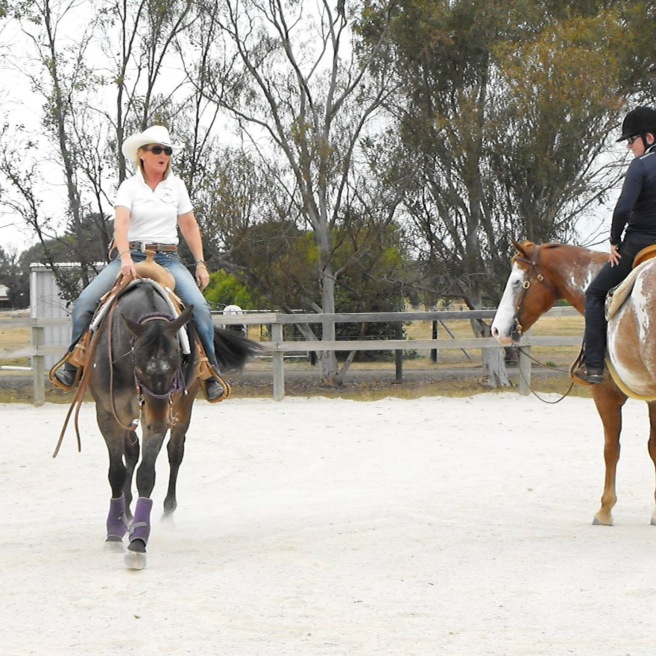 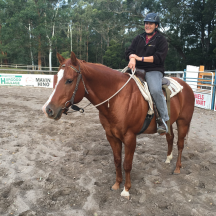 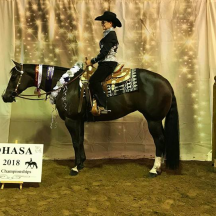 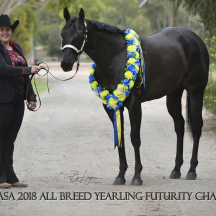 Reviews:
Jaxon and I got our book in the mail today! From watching Pam’s horse’s go around the pen in awe to now having a book of handy techniques!

Just want to say this is brilliant! Simple I know but so helpful for people to read it and hopefully implement it in their horses life. Good job Pam – Mellissa

Absolutely loved the book! So well written and now I need a follow on with more in depth hunter and pleasure lol. Brilliant job! x – Mandy

Hi Pam, received your book love how you have written it it’s just like i’m taking to you! Congratulations goes to you – Liz

I‘v just finished your book and I loved every page! So many helpful tips, normally I don’t write in books but Ive marked a bunch of paragraphs that really struck a chord with me. Tbe information is so simply put and yet so in-depth at the same time. Can’t wait for volume 2! – Marlene

A book like this was so lacking in the western industry. I’ve actually leant it to my dressage coach, so she can learn and understand what a western trained horse needs and responds to. She’s even applying it to some of her dressage students with great success. I think for me, being an improver and showing western for the first time under saddle, a more indepth understanding of the different patterns of each class, how to get consistency in your classes and training with a senior horse that knows too much lol. That’s where I am. I’m riding a beautiful QH mare whose 19 years old and knows it all…and knows if I don’t know lol. – Unknown.

Blue hen mares, produce high quality foals, that will go onto producing high quality themselves. They are the ones that just keep producing superstars each foal.

A “Blue Hen” mare is one of those great mares that has influenced her breed as a prolific producer through her offspring. There are mares in the industry that will become good producers of Champions. They will produce World Champions, Aged Event Champions and so on down the line. But the key to a mare getting “Blue Hen” status is through her foals and their offspring.

Breeders should always be mindful of the mare that will be booked in to the stallion that they have chosen. Mares do play a huge role in the off-spring.

I first found out about “Blue Hen” mares when I bought Assets N Cash. He was a U.S. 2 year old. I was researching back in Cash’s lineage when I came across an article written by Larry Thornton on a mare called “Miss Rebel Rita”.

Miss Rebel Rita is Cash’s Grand-dam on his sires line (up-side) – Good Asset who was by Zippos Mr Good Bar and out of Miss Rebel Rita.

Despite the fact that she didn’t get a superior, Miss Rebel Rita was a very good show mare that earned 65 performance points in Western Pleasure and Hunter Under Saddle. She earned her open ROM and had points in the open and amateur divisions. She had 49 open pleasure points; nine open hunter under saddle points and seven amateur western pleasure points. This is not an easy task in the States!

“Miss Rebel Rita was real beautiful headed with a pretty neck. She had a lot of self carriage. A real natural mover.

The sire of Rebel Cause is Top Deck, the famous King Ranch bred Thoroughbred stallion. Top Deck made his presence known in the AQHA show arena as well. He is the sire line descendant of the leading sire Barpasser. Barpasser is sired by Senor Bardeck by Moon Deck by Top Deck. This line of horse has sired such noted stallions as Im A Big Leaguer, NSBA Hall of Fame member; Barpasser’s Image, a leading sire and Invitation Only, a leading sire.

Rita’s Orphan was the dam of Miss Rebel Rita who was described as “a big rangy mare that stood taller than her daughter. Real tall withers. She looked like a ranch mare. She had more bone than her daughter. She was a kind mare.” Rita’s Orphan was a trained cutting mare that was an NCHA money earner. The sire of Rita’s Orphan was Poco Baron. This 1961 bay stallion was a show stallion that had earned 7 Grand Championships and 6 Reserve Grand Championships. He won 20 of 23 halter classes he entered. He racked up quite a bundle of performance points. He was undefeated in western riding with three wins and in reining with one win.

Good Asset shows us the basic breeding pattern of the Miss Rebel Rita foals. He shows multiple crosses to stallions like Leo, King P-234, and Poco Bueno. But these stallions appear beyond the fourth generation.

Miss Rebel Rita had two foals by Zippos Mr Good Bar. They were Good Bar Ms and Good Asset (Assets N Cash’s Sire). Good Asset, a 1989 bay stallion, became the next performer out of Miss Rebel Rita. He is an AQHA ROM performer. He was a top ten finisher in the Junior Western Pleasure at the Congress. He was eighth out of 123 in the class.

Superior Pleasure Horse and a multiple World Show Qualifier and Aged Event winner. But the proof of how successful Miss Rebel Rita is comes through her grandget. The foals and grand foals of this great mare have earned over 24,392 AQHA points and $1,053,564 through 2004. This has all come about because of the producing ability of her foals. Investment Asset went from the show pen to the stud barn and became a leading sire. His foals have earned in excess of $483,157. His performers have earned over 17,366 AQHA points; 270 performance ROM’s and 99 Superior Awards. This record has made him a leading sire and the sire of foals like Smart Asset, World Champion Hunter Under Saddle; Frozen Assets, 2 time APHA World Champion Amateur Western Pleasure Horse; Willy B An Asset, All American Quarter Horse Congress NYATT Western Pleasure Champion; Regal Asset, All American Quarter Horse Congress Three-Year-Old Non-Pro Futurity Reserve Champion and Lucky Asset, All American Quarter Horse Congress Western Riding Reserve Champion.

These four stallions are all out of blue hen mares and they have allowed their dams to become major contributors to the breed.

One of the areas that has taken off for Miss Rebel Rita’s status as a blue hen mare is through daughters of Investment Asset and Good Asset. Robin Glenn Pedigrees reports that they have 53 performers out of Investment Asset daughters in their data base. The 53 performers have earned $165,967 for an average of $3,131 per money earner. Some of the performers in this data base are Investing Wisely, 2002 AQHA World Champion Junior Western Pleasure Horse; Britney Pine, 2003 AQHA World Champion Junior Western Pleasure Horse; RL A Sudden Passion, the Triple Crown Extravaganza NSBA Three-Year-Old Limited Open Champion and Lopin So Pine, Kansas QHA Bonanza Futurity Three/FourYear-Old Maturity Champion.

One of the keys to Miss Rebel Rita being a blue hen mare has to do with her being a hybrid individual that has the ability to mark her colts. She does this even down to the special little foretop that has become a family trait of her get and grand get. Miss Rebel Rita had the ability to show at both hunt seat and western pleasure and her foals and grand foals have that ability.

When Dan, Carol and Wayne Atchley (previous owner of Assets N Cash) brought The Invester to Nebraska in 1990, it was obvious that Miss Rebel Rita would be bred to this great stallion. The results of that mating came in 1991 in the form of Assets. Assets would prove to be a great “asset” for her dam. She would earn 130.5 AQHA Amateur Western Pleasure Points earning a Superior. She would earn $12,012.20 in NSBA money. She was an All American Quarter Horse Congress Non-Pro Western Pleasure Derby Champion, a Nebraska Silver Classic 3/4-Year-Old Non-Pro Snaffle Bit Futurity Champion and the Dixie Nationals Amateur Western Pleasure Champion. She was owned and shown to these titles by the late Mary Carole Heckaman.

Assets has made her contribution to the money earning prowess of Miss Rebel Rita and her foals. She is the dam of horses like Gota Lota Potential and Potential Asset. Both of these stallions are sired by Potential Investment by Principle Investment by The Big Investment.

Miss Rebel Rita has proven through her offspring to be one of those mares that has founded a family of pleasure horses. Her offspring through the second generation have made her a $1,000,000 producer with earnings of $1,053,564 (through 2004).

ABOUT THE AUTHOR- Larry Thornton is the author of the books “The Working Lines,” Volumes 1 and 2. These books bring together many of the informative stories of prominent stallions and mares.